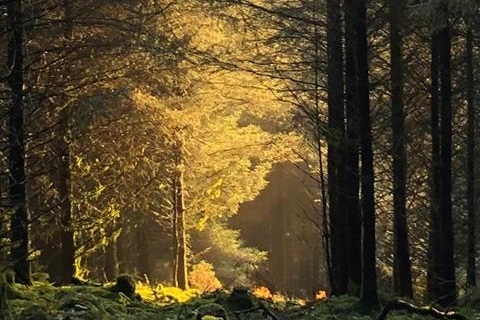 You are at The Gap, Ballinabarney, Co. Wexford. Baile na Bearna (the townland of the gap) is the gateway to the Wicklow Mountains from the lowlands of Wexford. The igneous dolerite bedrock that forms the steep slopes of Annagh Hill rises in front of you.

The area is steeped in history and folklore with the “Giants Den”, a rare type of ringfort, at the foot of Annagh Hill and the remains of another near Ballythomas National School. A sandpit mound at nearby Loggan is reputed to be the ancient coronation site of the chiefs of the Uí Chinseallaigh Clan and a bardic school of Gaelic poets was based at nearby Pallas in the 16th and 17th centuries. A wealth of folklore is associated with nearby Kilcashel graveyard which contains intricately carved headstones by the famous sculptor Denis Cullen from nearby Monaseed, and the graveyard is well known as the resting place for many of the dead from the Battle of Arklow in 1798.

At the first viewing point on your walk if you look north and northwest you will see the villages of Aughrim, Tinahely, Shillelagh, Coolboy and Coolafancy nestling in the foothills of the Wicklow Mountains. On the horizon starting with Croghan Kinsella to your right, you can see the distinctive peak of Croghanmoira, the flat top of Lugnaquilla and the pinnacle of Mount Leinster in the distance. When you reach the next viewing point on the bare rock outcrop by the stone wall, the panorama on a clear day is even more expansive. Croghan Kinsella is to the northeast, with the Wicklow Mountains in the background and the Blackstairs and Comeragh Mountains to the southwest. To the east the low hills of
Wexford including Carrickbyrne, Forth Mountain, Carrigrew and Tara Hill, can be clearly seen. Travel further along the wall to the northeast of Annagh Hill to get a great view of Croghan across the Bann valley and look down into Gorey and Hollyfort with the Irish Sea in the distance. On a clear day the jagged outline of the Welsh mountains will frame your view.

Your steep descent will bring you onto a level stretch of track which passes “The Hurling Green” where, according to JB Malone in his book Walking in Wicklow and quoting the 19th century geologist G.H. Kinahan, ‘the Wexford men defeated hurlers of Carlow long ago’ and acquired the name ‘Yellow Bellies’, because of the coloured sashes they wore on the day.

Start/Finish:  The Car Park at The Gap Pub 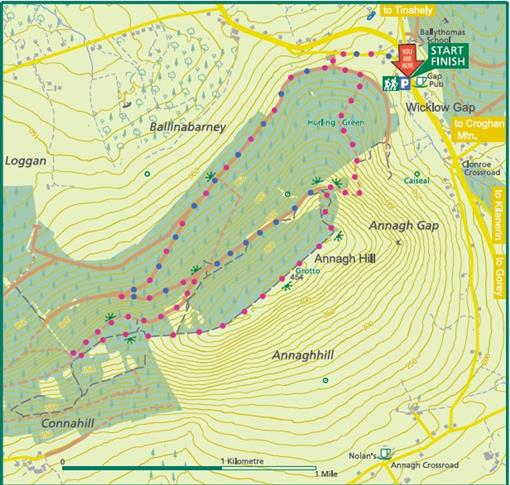 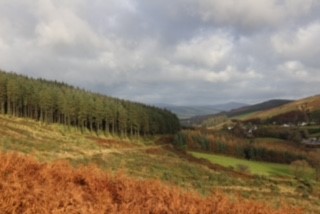 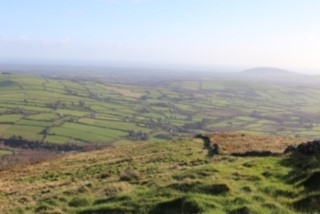 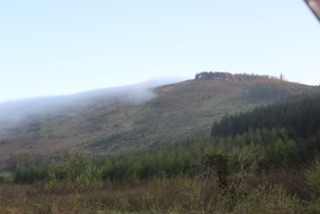 On the M11 from Dublin or Wexford take exit 22 towards (Gorey, Inch). Take the first exit off the western roundabout and first immediate right turn directly opposite Greens Berry Farm. Follow straight through Kilanerin village towards Pallas. (approximatley 5km).  At the Ballyfad signpost keep left, then continue straight on over the bridge until the next T junction, then take a right. Continue until you come to The Gap Pub on the right. The car park  is on the left.