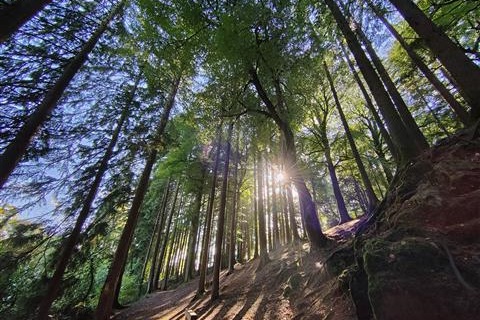 Mixed woodland with riverside walk along Boro River and viewing point of swirlpool (known locally as “Soldier’s Hole”). The wood is a mix of oak, beech and pine, some of which remain from the former Beatty estate of Borodale House. The wood is home to an array of birds, rabbits, badgers, foxes and fallow deer.

Located immediately to the northeast of the carpark is a 12th century Anglo-Norman fort in a motte and bailey formation. This fort was used as a base to defend lands recently captured from the native Irish.

Dunanore most likely translates as the ‘fort (dun) on the brink/cliff edge (ochair)’, although another suggestion relates to the legend of buried gold by a member of a family of
chieftains once prominent in County Wexford in the 13th century – ‘fort (dun) of the gold (oir)’. 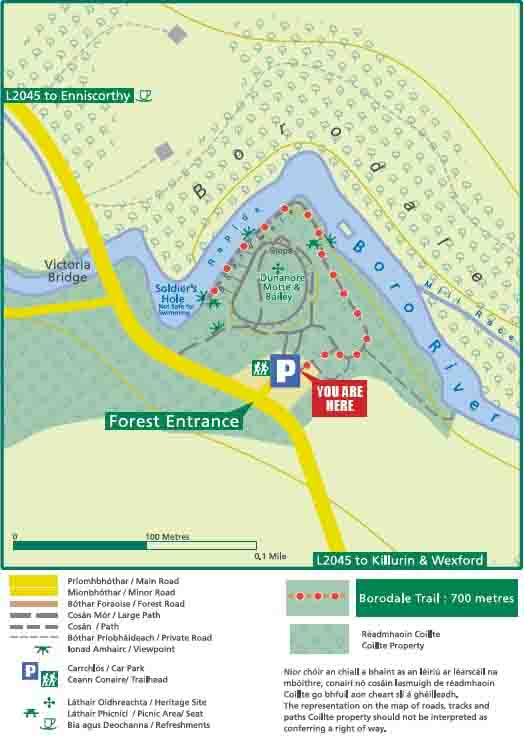 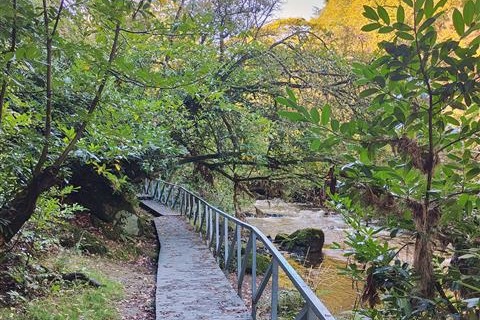 From Wexford: Follow the N11 towards Oilgate. At the roundabout after Oilgate village, take the exit R772 toward Enniscorthy town. After 1.8km, turn left (signposted Edenvale/Bree)and follow the road until you come to a T-junction. Turn right.  Continue for approximately 2km.  The trailhead car park is on the right.